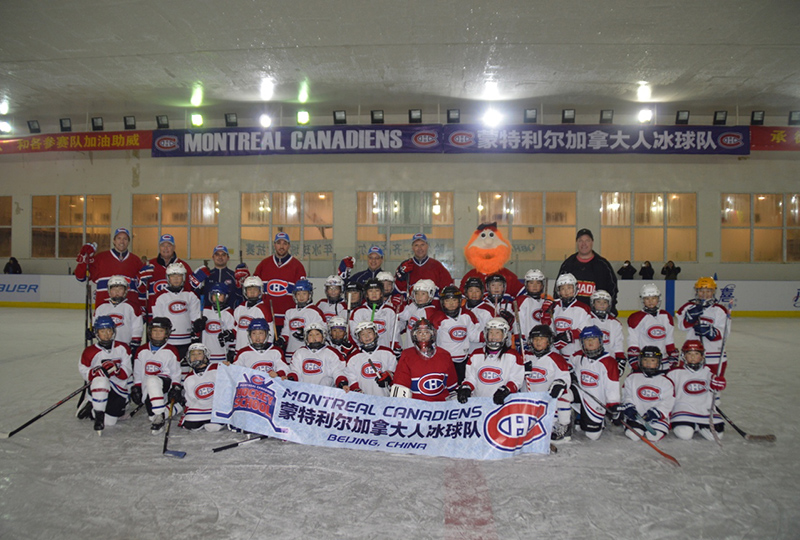 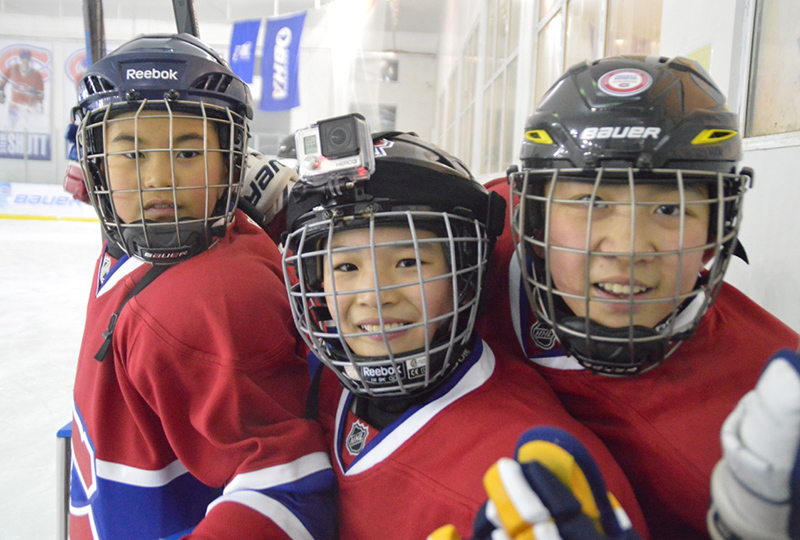 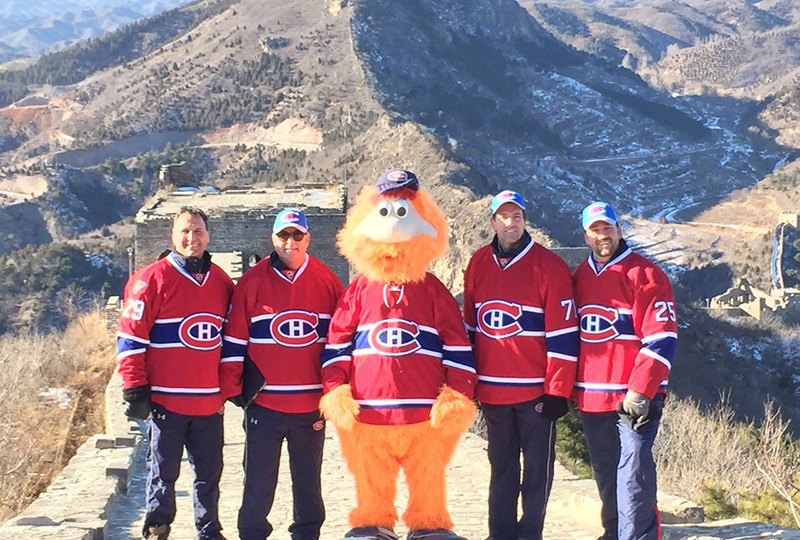 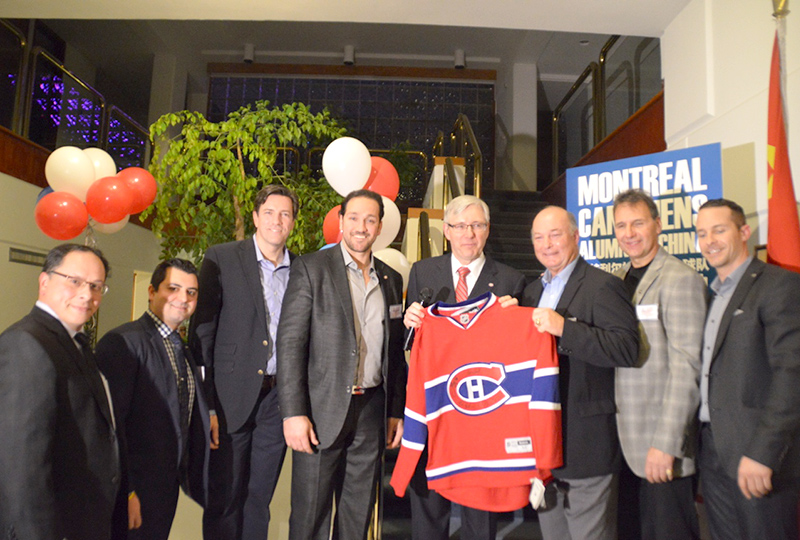 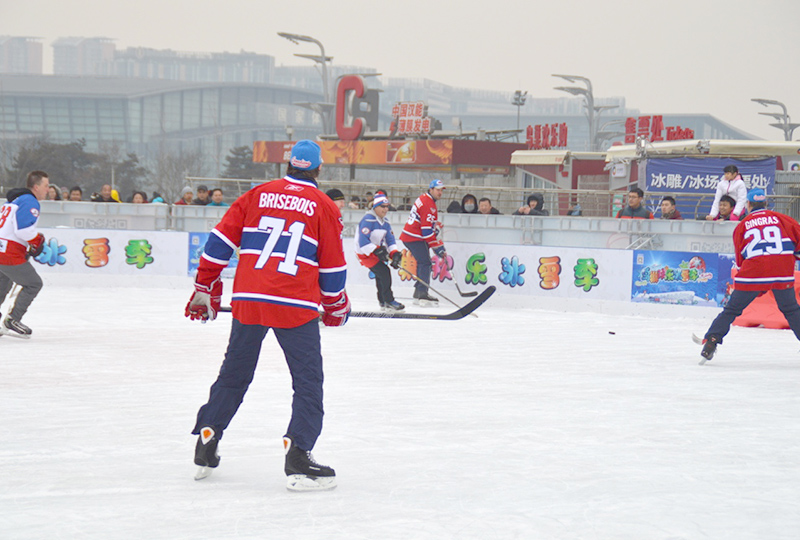 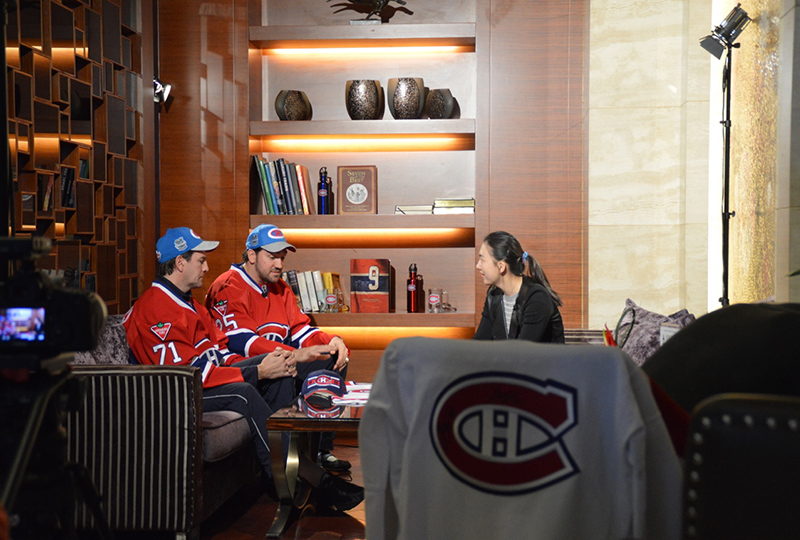 CTC Group Ltd. and Evenko formed an excellent partnership to bring the Montreal Canadiens Alumni and Hockey School to China for the first time. The Montreal Canadiens Alumni team of Gaston Gingras, Steve Shutt, Patrice Brisebois, Mathieu Dandanault, Simon Arsenault, Stephan Verret and Angelo Ruffolo, flew over 10,500 km from Montreal to Beijing for this historic trip. They embarked on a 10-day journey from January 7th to 17th, 2016.

The project included a series of activities with the additional participation of the Canadian Embassy, sponsors and media.

The hockey camp was the core component of this project. There were 120 participants from the four age groups – U8, U10, U12 and U16 for a total of 8 training lessons, held in two rinks: Hokay Ice Centre and the Champion Rink at Joycity.

The Alumni Legends and the delegation had the chance to visit the most iconic places in Beijing such as the Great Wall of China, the Tiananmen Square and the Forbidden City, accompanied with Youppi, the mascot of the Montreal Canadiens.

A reception was held in the Canadian Embassy in Beijing on Jan 13th, to welcome the Montreal Canadiens Alumni Players. The Canadian Ambassador, Mr. Guy Saint-Jacques declared in his speech "The Canadian people are longing to share the experience and excitement of winter sports with our Chinese friends."

For the last stop of this 10-days program, the Canadiens Alumni visited the Beijing National Stadium, also known as the Bird's Nest. The crew played an exhibition game at the Pond Hockey Tournament against The Beijing Expos, a local team.

Covered by more than 15 domestic and foreign media, in 3 languages, Chinese, English and French, the first Montreal Canadiens Alumni Program in China attracted worldwide attention. Hereafter some of the media: