Fifteen years ago the "Ice and Snow Specialist from Canada" arrived in China with one main goal: to bring the Chinese people the opportunity to experience and enjoy winter sports as an important part of the Canadian culture. Since then, CTC has successfully participated in more than 100 projects in China and all over Asia. In this article, we share the most impressive high-profile projects that CTC has done in Asia in the past 15 years. 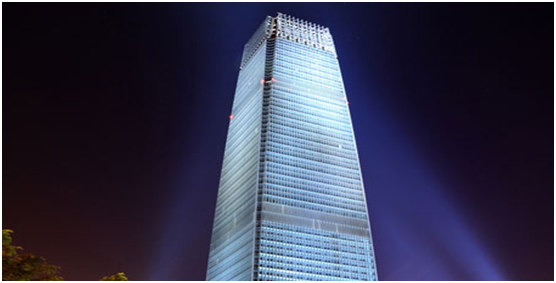 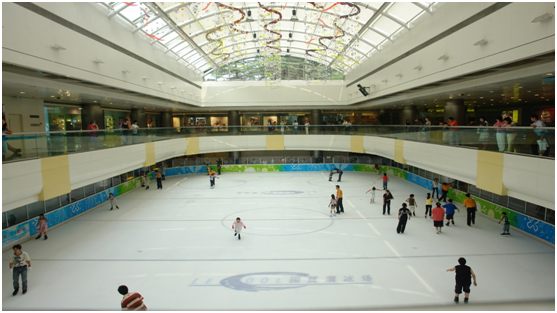 As the first ever-commercial ice-skating rink in China, Le Cool is the first project realized by CTC in Asia. The facility, located in the heart of Beijing’s Central Business District, is suitable for a full range of activities and sports as free skating, youth hockey, and figure skating. The size of the ice rink is 21m x 37m (777m2) and provides 100 seats in the service area and food & beverages. 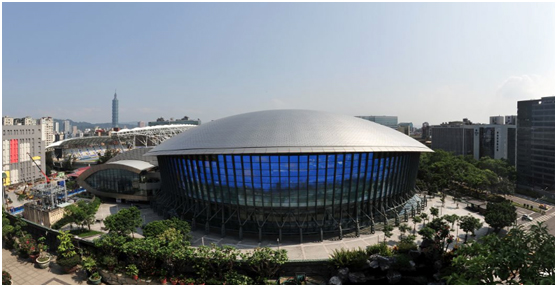 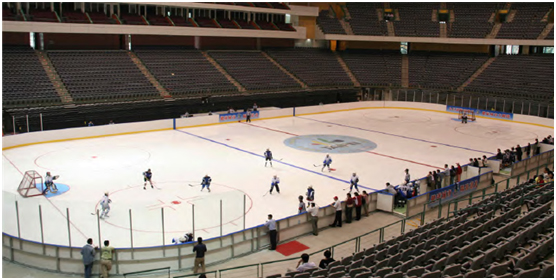 Taipei Arena is a world-class facility for the practice of ice sports and to host different kind of competitions. The venue is equipped with two ice rinks and provides 15,000 viewers seating for the main rink and 800 viewers seating for the practice rink. The size of the main rink is 30m x 61m (1830m2) and the size of practice rink is 30m x 60m (1800m2). It is suitable for full ranges of sports and activities like public skating, hockey, figure skating, short track and curling. 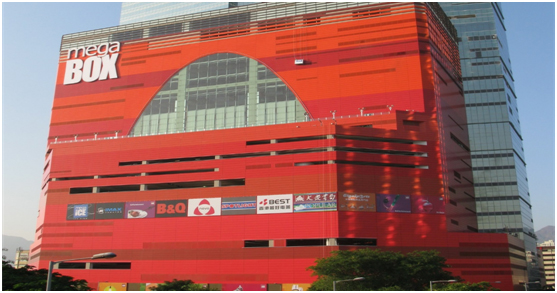 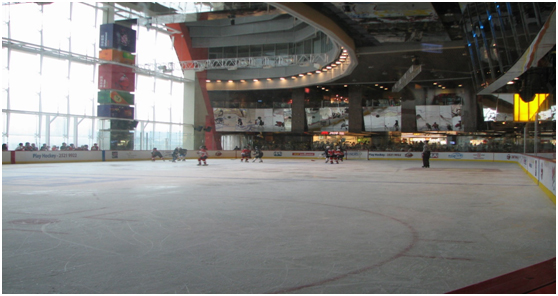 Mega Ice is the Hong Kong’s best ice spot. It is equipped with 250 viewers seating. The size of ice rink is 26m x 57m (1482m2). There is a large variety of food and beverages right beside the ice rink. People can enjoy from sports and entertainment activities including public skating, hockey and figure skating. Competitions and events are held regularly in MegaIce as the famous hockey 5’s that bring together hockey teams from Asia into an exiting championship. 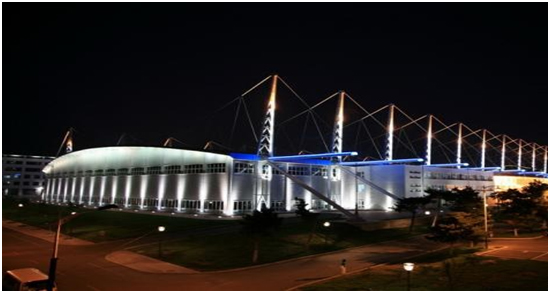 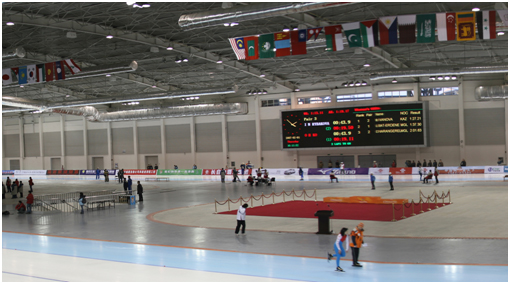 The main rink has an Olympic size of 30m x 60m (3604m2) and the speed oval has a size of 12m X 400m (4824m2). The facility is equipped with 500 temporary seats and 1000 seats for the spectators to enjoy the live action and 100 seats in the practice area. It is suitable to practice sports such as public skating, hockey, short track, figure skating and Curling. 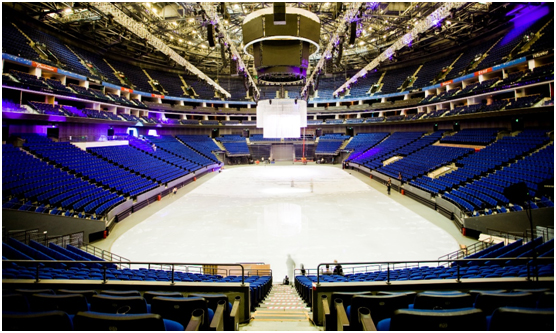 Mercedes-Benz Arena is a world-class sports and competitions facility and it is equipped with two ice rinks; the main rink with an Olympic size of 30m x 61m (1830m2) and the practice rink with a size of 24m x 57m (1368m2). There are in total 18,000 seats for viewers and 150 seats in the service area. This arena is able to host different winter sports and competitions such as public skating, hockey, figure skating, short track and curling. 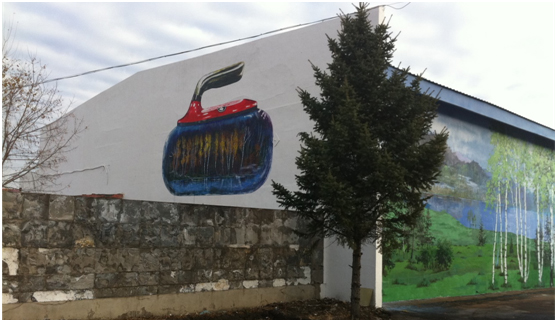 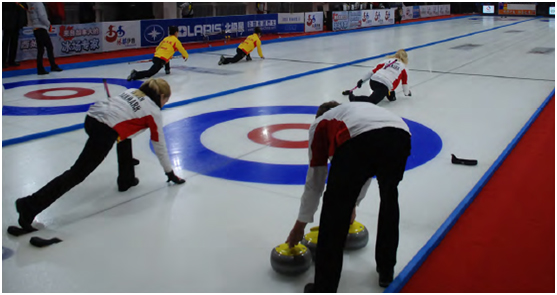 The Yichun Curling Club is an arena specially designed and built by CTC with all the international standards for the optimal practice of curling. The size of the ice surface is 21m x 47m (987m2). 200 seats are available for viewers to enjoy the action and 150 are provided to visitors in the service area. This facility has hosted international competitions as the 2014 World Women’s Championship. In Hangzhou, the MixC Ice Rink is an incredible spot for ice sports and entertainment. The Olympic standard size ice rink measures 30m x 60m and provides visitors with many options to practice sports and leisure activities as public skating and figure skating. 250 seats are available in front of the rink and a large option of food & beverages are provided to the public during the opening hours of the ice rink. 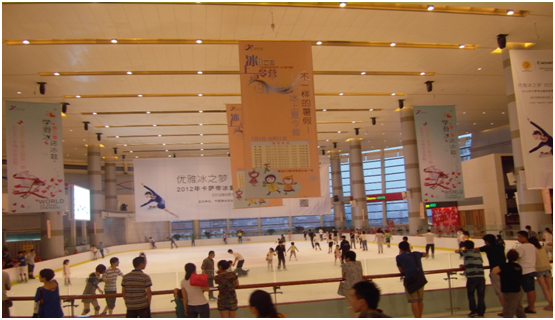 The MixC Ice Rink in Chengdu is equipped with 100 seats in the service area; visitors have several choices of food and beverages that they can enjoy while they watch the live action. The ice surface measures 23m x 50m (1150m2) and is suitable for public skating and figure skating. 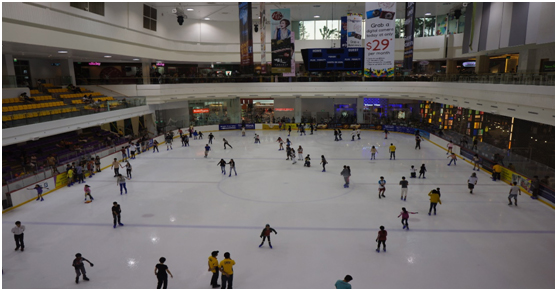 With an ice surface size of 60m x 30m (1800m2), "The Rink" is the Singapore’s first and only Olympic-size ice skating rink. The facility is equipped with 400 seats for the spectators to enjoy the live action and 300 seats in the service area where a multiple options of food & beverages are provided. "The Rinks" is suitable to practice sports such as public skating, hockey, short track, and figure skating. 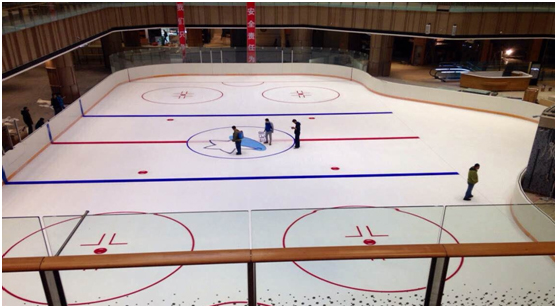 The fully equipped leisure ice rink was completed in the city of Chengdu in 2014, as part of the Raffles City complex developed by CapitaLand. The 871 square meters facility has a capacity of 200 people, and it can host ice-skating, artistic skating and hockey. Located in the Daqing Olympic Park, the Speed Oval has a total size of 23,385.5 square meters. The venue is equipped with speed oval, ice rink and three curling Sheets and provides 1800 viewers seating. The size of the speed oval is 12m X 400m (4800m2) and the size of ice rink is 30m X 60m (1800m2). It is available for the sports like public skating, hockey, figure skating, short track and curling. 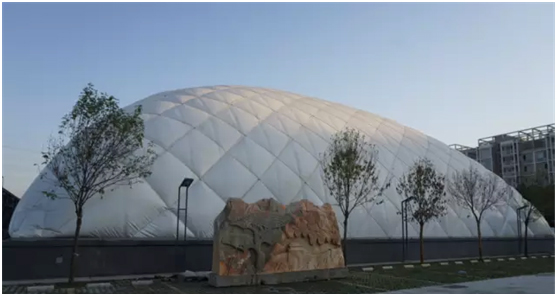 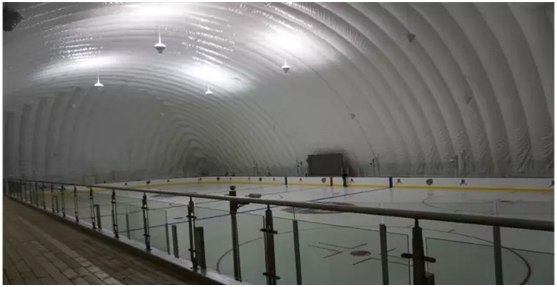 CTC completed the first Ice Rink built inside an Air Dome in Asia; a pioneer project becoming are reference in the sports and entertainment industry. The facility, located in Beijing, is the home of a local amateur youth club. The entire structure of the Air Dome measures 61 meters long, 37 meters wide and 12.8 meters high. A major advantage of the structure is that the air quality inside is much better as there are PM2.5 less than the outside. The facility is suitable mostly for ice hockey and could be also used for ice-skating and figure skating. Stands, located in front of the ice surface are available for visitors, allowing them to enjoy the live action.