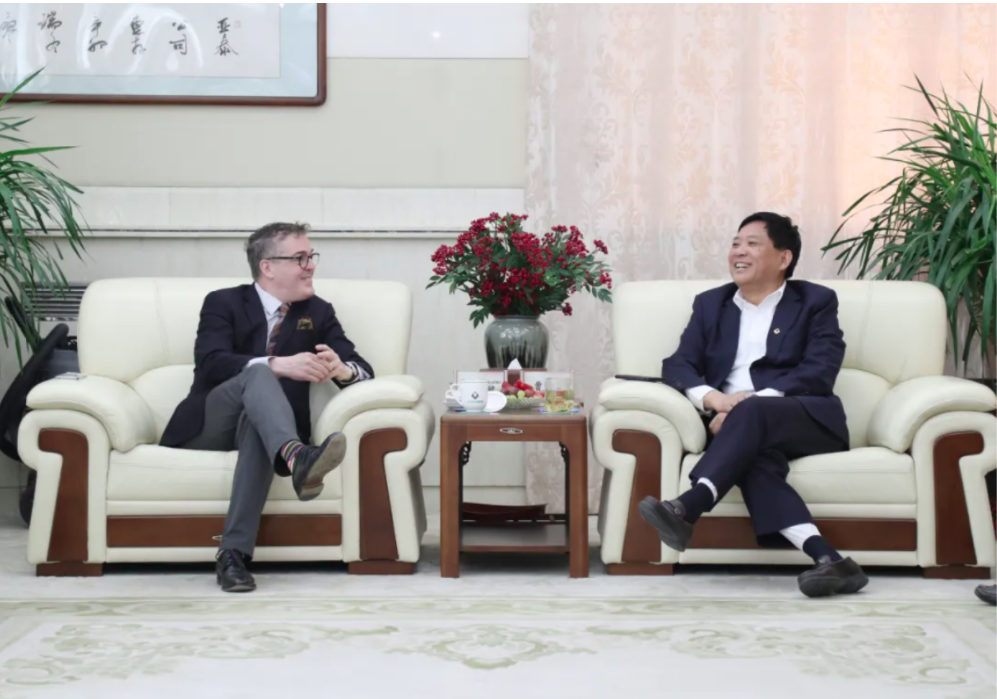 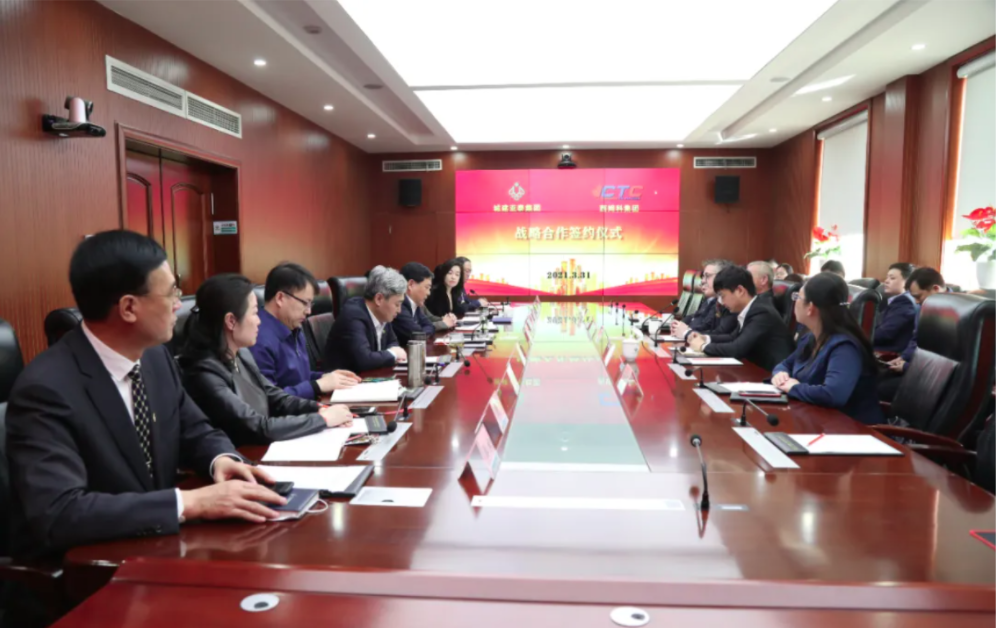 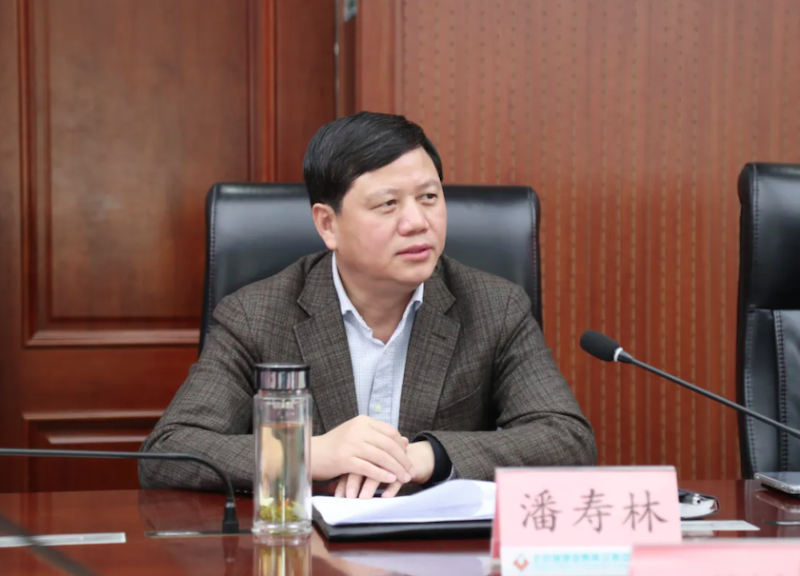 As a world-recognized leader in the same industry, CTC Group has skilled professional refrigeration engineers, providing excellent engineering and complete solutions for ice and snow entertainment and industrial processing refrigeration projects, including consulting, design, engineering, manufacturing, assembly and installation, And after-sales service and maintenance. In the past century, with its advanced management and manufacturing advantages, it has completed more than 5,000 high-quality ice rinks and snow rink projects,and has become a leader and pioneer enterprise in the industry. 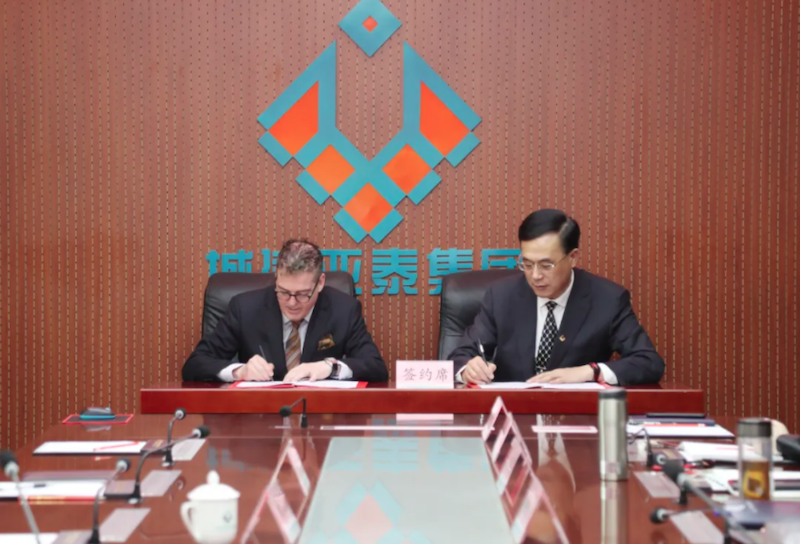 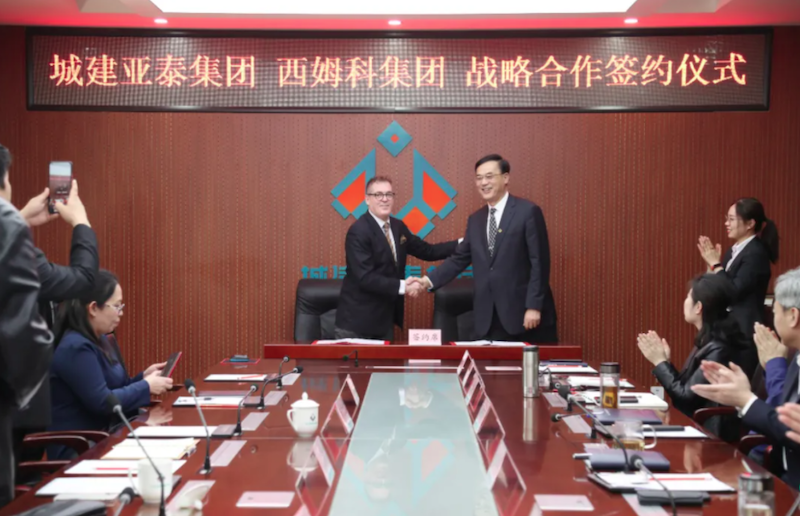 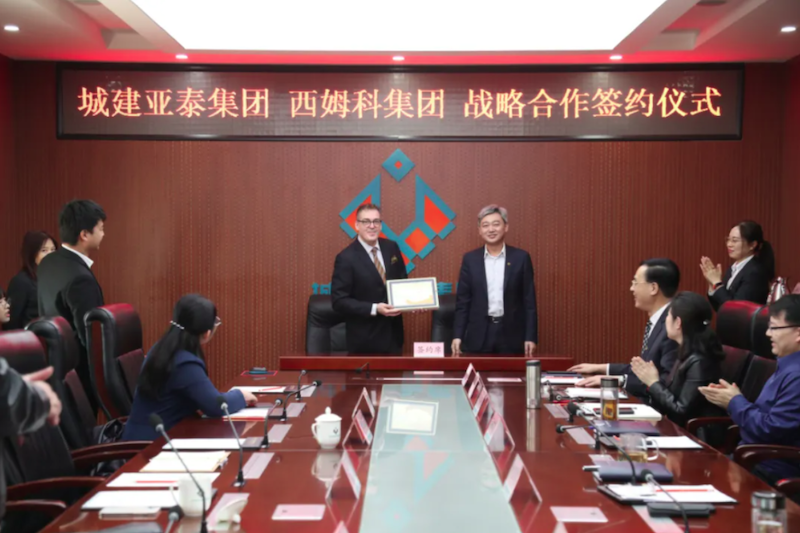 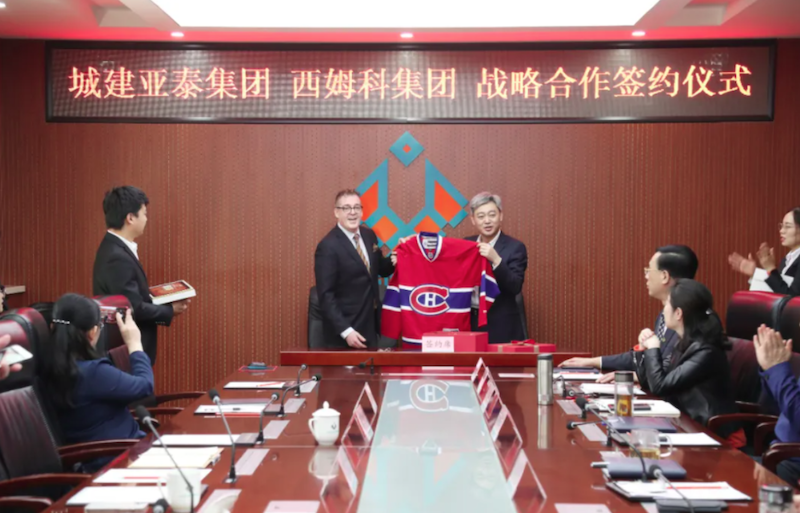 CTC Group CEO CLOUTIER and his entourage watched the company's promotional video and highly praised BUCY. CLOUTIER expressed that it is an honor to sign a strategic cooperation agreement with Urban Construction Yatai Group and become a strategic partner. Through the good cooperation of the national speed skating stadium ice project, CTC Group has truly witnessed the team spirit and technical ability of BUCY to face difficulties. CTC Group is willing to work with BUCY to continuously Deepen cooperation, realize the complementary advantages of both sides, and promote both sides to achieve greater results in the field of ice making! I believe that on the basis of jointly building the 2022 Winter Olympics project platform, with the momentum and legacy of the Olympic Games, the two sides will definitely make a difference in the construction of ice, snow, entertainment and other facilities in China, Southeast Asia and other countries, and create brilliant together! 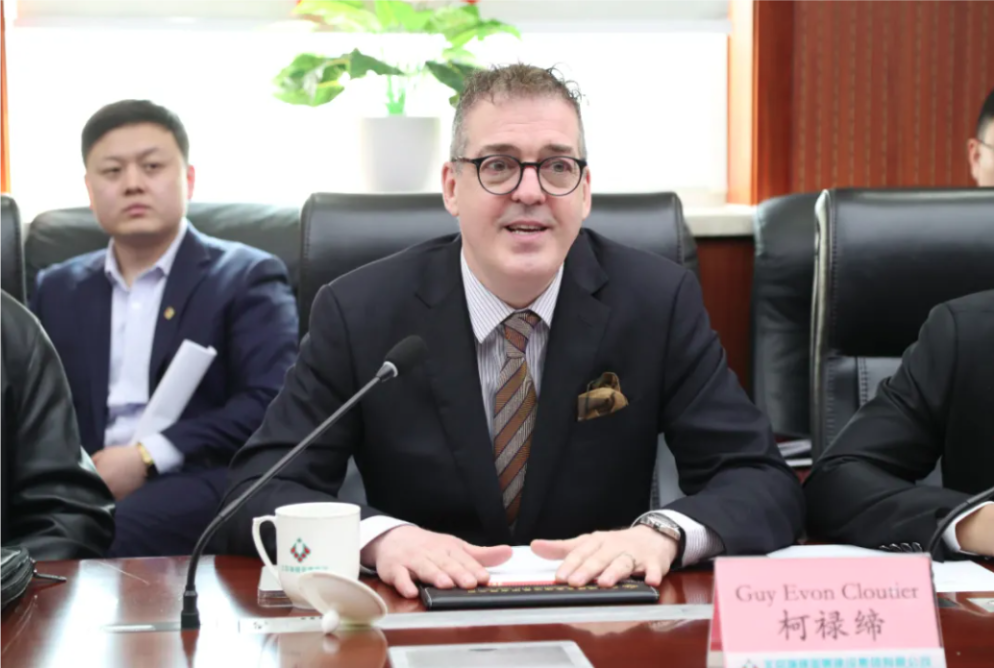 Cao Guozhang, chairman of the group company, first congratulated the signing of the strategic cooperation agreement between the two parties. He said that in recent years, BUCY has undertaken the construction of key projects such as Beijing Daxing International Airport, Beijing City Sub-center, and Tiananmen Square Red Ribbon; actively participated in the national speed skating stadium ice making and Yanqing alpine skiing in 2022. The construction of the Winter Olympics, especially the ice-making project of the National Speed ​​Skating Stadium, has won high recognition from the society and wide praise in the industry for its ice-making technology and product effects. During the "14th Five-Year Plan" period, the group company will focus on and actively undertake ice-making projects at home and abroad, and strengthen cooperation with CTC Group to achieve mutual complementarity, information sharing, mutual benefit and win-win!

A thousand miles begins with a single step. Cao Guozhang pointed out that today's signing marks the opening of a new page of pragmatic cooperation and win-win development between the two sides. He hopes that we will work together to seek common development and create brilliance together. 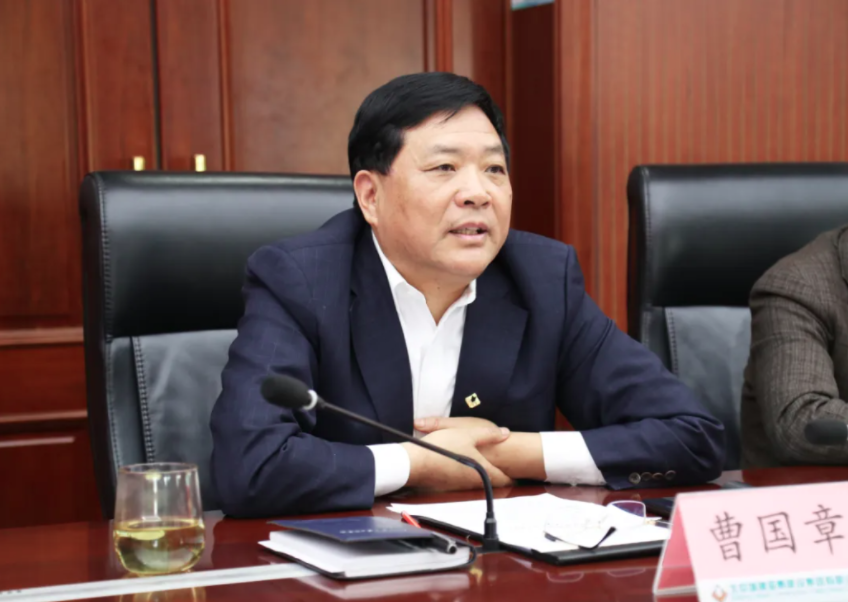 Party Secretary Pan Shoulin pointed out in his concluding speech that at the beginning of this year, BUCY successfully completed the ice-making task of the National Speed ​​Skating Stadium. This is inseparable from the technical support and professional guidance of CTC Group. Good cooperation has achieved today's strategic cooperation signing. During the "14th Five-Year Plan" period, China will take the 2022 Winter Olympics as an opportunity to vigorously advocate skating sports, and will also increase the construction of indoor and outdoor skating rinks and other venues. BUCY will comprehensively summarize ice-making technologies such as Jilin Speed ​​Skating Stadium, National Speed ​​Skating Stadium, and Alpine Skiing, seize market development opportunities, and further strengthen all-round cooperation with CTC Group. It also hopes that both parties will give full play to their own advantages. Strengthen cooperation and exchanges, and strive to achieve greater results in the ice-making market! 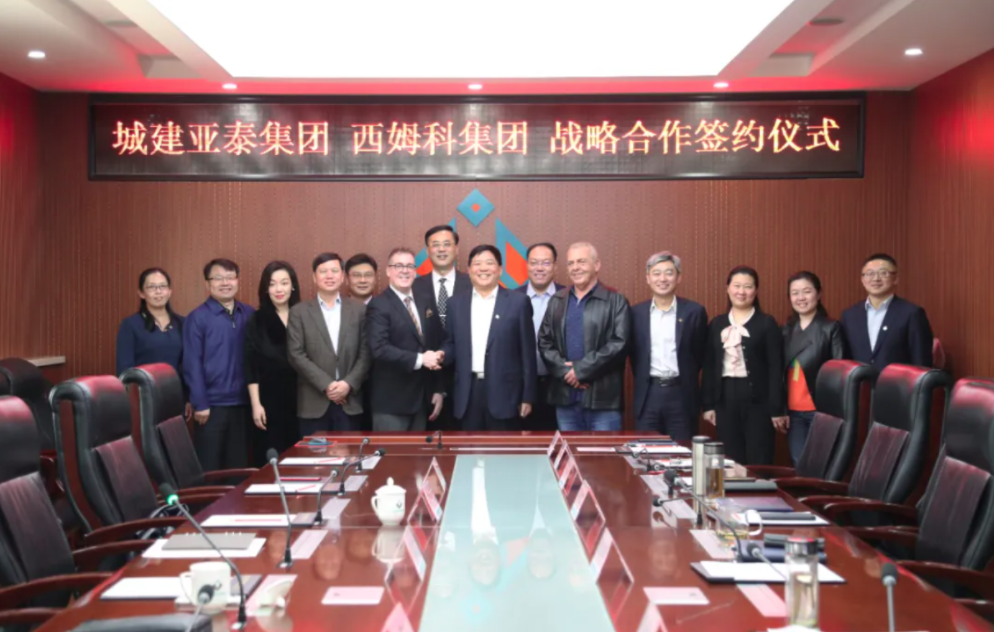