Hong Kong – On September 1st Canada Prime Minister Justin Trudeau landed in Beijing to begin what was his first official visit in China, aiming to create a stronger, more stable and long-term relationship with the Asian country. The 8-days agenda also included the participation in the G20 in Hangzhou and a visit to Shanghai and Hong Kong to praise new commercial agreements between Canadian and local companies.

Discussions with Chinese leaders focussed on bilateral trade and investment, including in the areas of clean energy development and clean technology; closer collaboration on the environment; regional peace and security; building closer ties between Canadian and Chinese citizens; expanding tourism; and commercial cooperation. 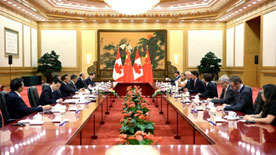 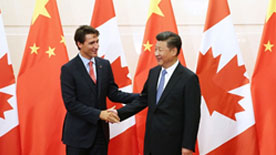 Canadian entrepreneur, Guy Evon Cloutier, the Chairman and CEO of the CTC Group, actively participated to the agenda of PM Trudeau in Beijing, Shanghai and Hong Kong, sharing his experience of doing business in China. With over 15 years of presence in China, CTC has completed more than 100 projects, becoming a true Canadian ambassador for the development of Winter Sports. CTC promotes an all-inclusive program that includes providing high-quality infrastructure, by using Canadian refrigeration expertise and technology, and bringing winter sports programs and contents, such as the Montreal Canadiens Hockey School that took place in Beijing in January 2016 and had the participation of more than 120 kids. 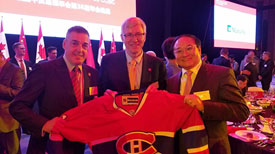 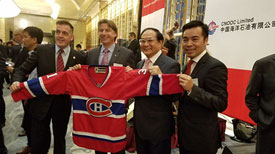 Guy Evon Cloutier with Canadian Ambassador to China, Mr. Guy Saint-Jacques, and other personalities of the Canadian community in China.

During the visit of the Prime Minister Trudeau in Hong Kong, CTC signed an important partnership with IJW Dorweiler Limited from Montreal, Canada to develop hockey at the grassroots level in China in the run-up to the 2022 Beijing Olympics. This will bring Canadian branded expertise, hockey schools, and infrastructure, as well as Canadian talent (including instructors, coaches, and referees) to China to help popularize the sport. The projects, in various stages of development, are worth more than CA$50 million. 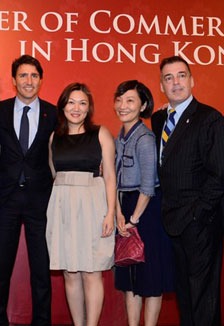 One of the most exciting projects is “The Canadome”, a concept developed by CTC aiming to bring the Canadian expertise in ice sports, specially Ice Hockey to China. This concept uses the Structural Air Dome, a cost-efficient facility, and includes ice rinks and curling rinks, complemented with off-ice training areas and other services. The Canadome is designed to be flexible, replicable and scalable for every location and it can be built in shorter time. With the support of the Chinese government and other private organizations, the objective of CTC is to bring the Canadome to every region in China, helping in this way to reach the China Winter Dream of bringing Winter Sports to 300 million people. 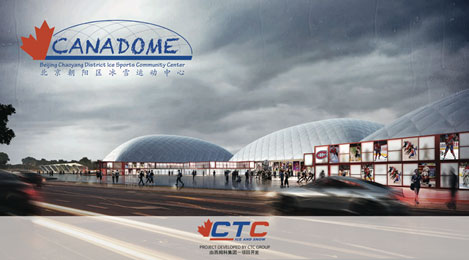