Montreal Canadiens at the Center of Ice Hockey History

Montreal is at the center of the development of the sport of contemporary ice hockey. On March 3rd, 1875, the first organized indoor hockey game was played at Montreal's Victoria Skating Rink between two nine-player teams. 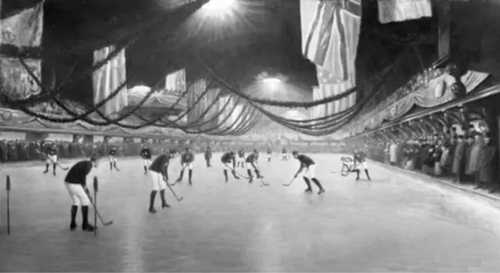 A FRANCHISE WAS BORN

The Montreal Canadiens Ice Hockey Club was founded in 1909. The Canadiens are the oldest professional hockey franchise in the world. 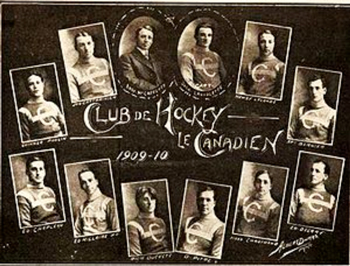 The Montreal Canadiens played their first game on January 5, 1910 coached by Jack Laviolette. Before a sellout crowd of 3,000, they defeated Cobalt 7–6 in overtime.

After getting their first berth in the Stanley Cup finals, the Montreal Canadiens faced the Portland Rosebuds. The deciding game was held at Westmount Arena in Montreal on March 30, 1916 where Goldie Prodgers scored the winning goal with less than four minutes to play, giving the Canadiens their first Stanley Cup championship. 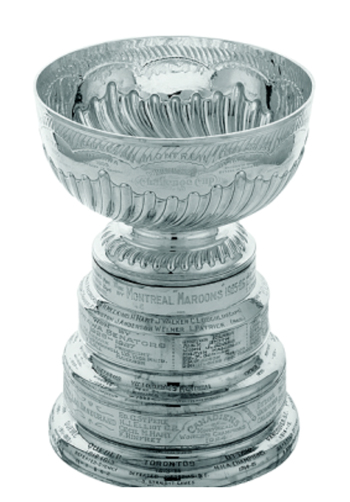 WELCOME TO THE NHL

On December 19, 1917, all four teams in the newly formed National Hockey League saw action on opening night. The Canadiens crossed swords with the Senators at Ottawa’s Dey arena while the Montreal Wanderers and Toronto Blueshirts met at the Westmount Arena. 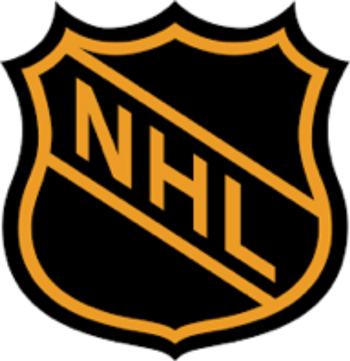 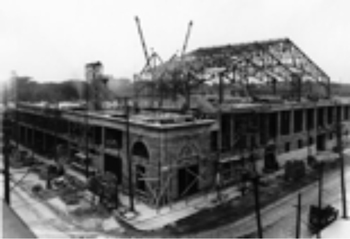 1926 - The Canadiens took residence at the Montreal Forum 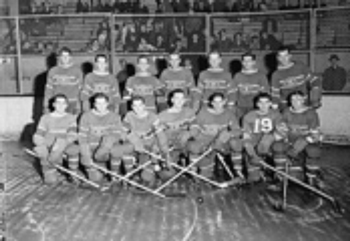 Emerged as the team's star in the 1940s, and during the 1944–45 season became the first player in NHL history to score 50 goals in a single season. 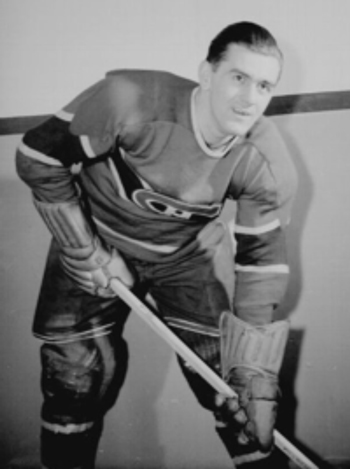 In 1959, Jacques Plante revolutionized the game when he became the first goaltender to consistently wear a mask during play. 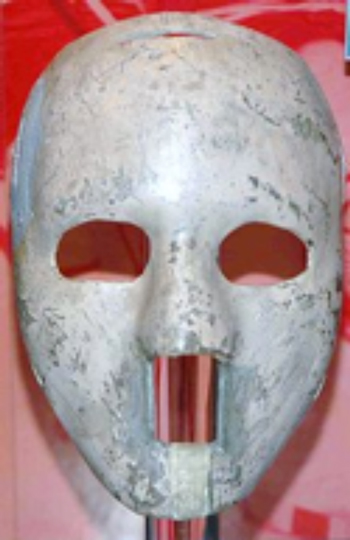 Led by goaltender Patrick Roy, the Canadiens won their 23rd Stanley Cup in 1986 and their 24th in 1993. Roy won the Conn Smythe Trophy as the playoffs' most valuable player both times.

A RECORD OF VICTORIES

The 1993 team set an NHL record with 10 consecutive overtime victories in one playoff year and is the most recent Canadian team to win the Stanley Cup.

The Hockey Hall of Fame has inducted over 50 former Canadiens players, as well as 10 executives. 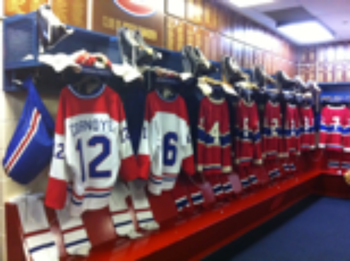 In 2003, Montreal participated in the first regular season outdoor game in NHL history, defeating the Edmonton Oilers in the Heritage Classic. 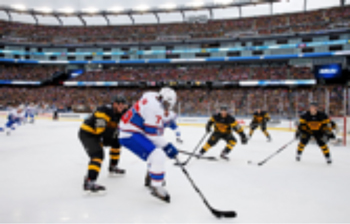 Once a player become a legend of the Montreal Canadiens Hockey Club, his number is locked and no one can used it anymore.

With more than 100 years of history, the Canadiens have won the Stanley Cup 24 times. With 25 NHL titles overall, they are the most successful team in league history. 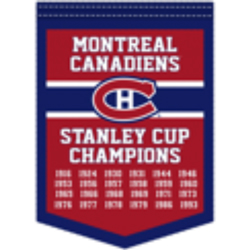 The Montreal Canadiens were in China for the first time ever from January 7th to 17th, 2016, thanks to CTC Group Ltd.