For many years, Canada has been recognized as a pioneer and a leading country at Winter Sports. Indeed, the results obtained in the Winter Olympics are clear evidence of the top position of the country. Along its participations, covering from 1924 to 2014, Canada has accumulated a total number of 170 Olympic medals, including 62 gold medals.
Canada is currently the undisputable world leader of Ice Hockey, Curling and Freestyle Skiing, and a great contender in other Winter Sports. This year, the country has won two important world championships in Curling and Figure Skating 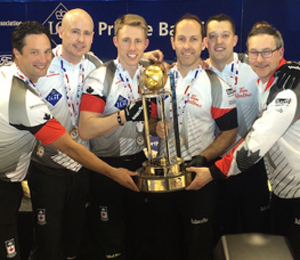 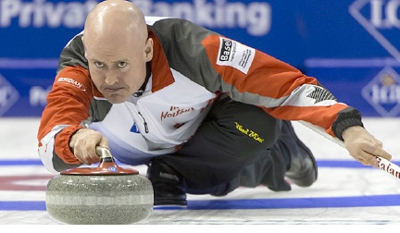 It was a nail-biting final in which the relatively inexperienced Danish team - the country had never reached a gold-medal game in 39 previous attempts - matched the Canadians shot for shot. It was Canada who opened the scoring when their skip Koe played a nose-hit for one point in the first end. 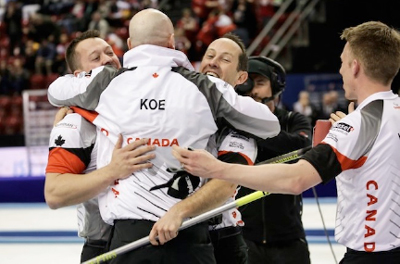 Altogether over 49,000 people attended the Championships that took place between April 2 – 10, supporting the 12 teams that participated. This competition is organized by the World Curling Federation (WCF).
Based on participation at the last three World Curling Championships, 2014 and/or 2015 men's and women's world championships, 14 countries have now at least qualified for the Olympic Qualification Event in December 2017. They are: Canada, Denmark, USA, Japan, Norway, Sweden, Great Britain (Scotland), Finland, Switzerland, Russia, Germany, China, Czech Republic and Italy. 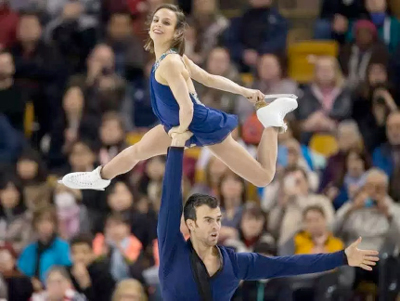 The Canadian couple Meagan Duhamel and Eric Radford successfully defended their pairs title at the world figure skating championships on Saturday April 2nd in Boston, Massachusetts.
When they completed their stunning performance, they barely needed to wait for the marks to know they had won a second consecutive world figure skating championship gold medal. 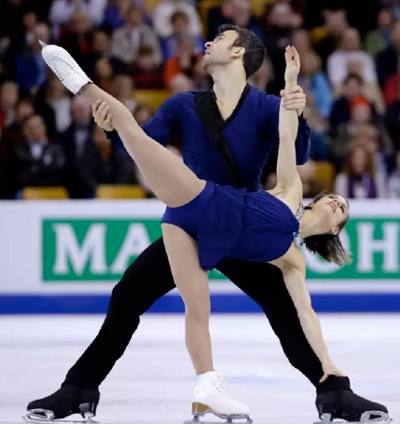